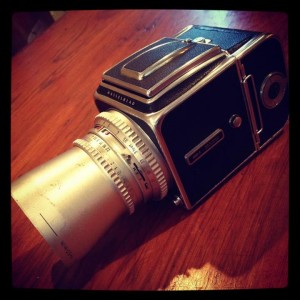 If I deciphered correctly, the body was built in 1965, the camera film back in 1969 and the Carl Zeiss 50mm lens between 1951-53 (West Germany)! Although some cosmetic wear and tear exists, it shoots like a charm and feels better on the hand than a beautiful woman.

About a month ago I scored a Hasselblad 500C! To most, that means absolutely nothing but to some fellow photographers it’s  known as a solid medium format workhorse!  They aren’t all that rare per se, but are a prized possession for some.  I just wanted a medium format camera that was legitimate.

My cousin Dave ( Reffell – London Photographer) quickly suggested a digital back to add to the bag…mehhh…a bit out of my price range at the moment, but it sure would be nice to play with.  But for now, i can’t wait to get a good shoot with it in the books.

…but so far I’ve only shot 1 roll of film , and it was just to test it out and get a feel for this sexy beast. The below images are just some various shots here and there and a couple from a quick extended trip to the beach with the family.  I don’t really intend to use it for any jobs, at least not as the sole shooting camera for now but I do have some big Art pieces in mind! 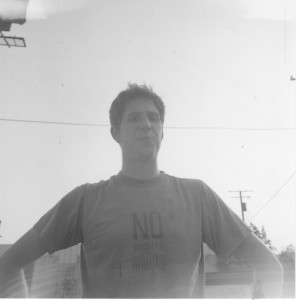 1st shot, and i know it looks like crap quality. lol Not sure what happend. But this is the photographer I bought it from! Was a steal…and considering  we rendezvoused at a gas station and practically sold it to me out the trunk of his car…hmmm. Oh well, it’s mine now! 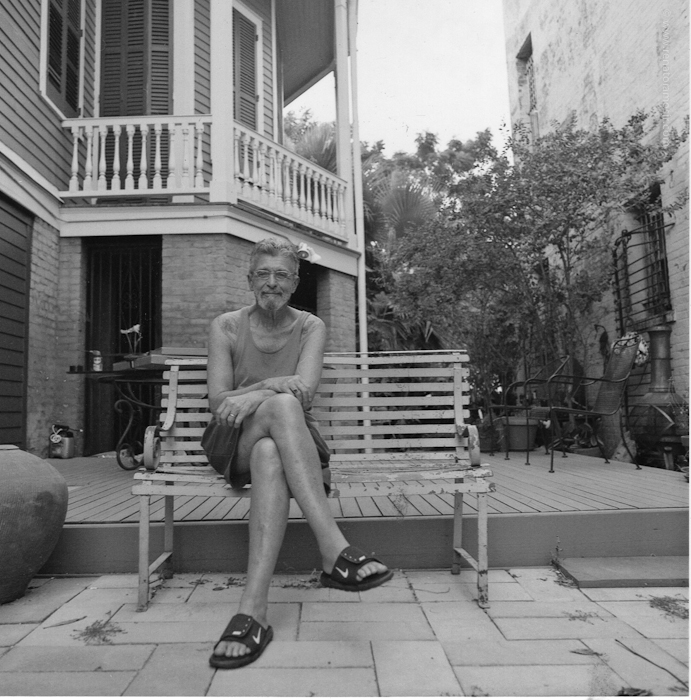 Andy Antippas, Gallery owner – Barrister’s Gallery courtyard – New Orleans, LA. A day or so after I bought the camera, I had to go pick up my art work from my previous months show at Barrister’s Gallery. I had the camera in my Jeep and thought it was an opportune time to grab a shot of Andy!

Photographer / Artist / Chef – Jerome Gacula. San Francisco transplant. I set out the next day to hook up and burn through the rest of the roll and just grab some snapshot portraits of friends. He was the only one not busy that I could nail down. Thank’s Mo!

umm. yeah..so this is why I shoot the pictures and not have mine taken. Either I wasn’t set and read for the shot or I just look that damned stupid and awkward when photographed other than with my iphone self portraits. Not to mention I just looked hurtin’. Come on MO! You spose’ to make me look sexy!

Impromptu “FACE” from my eldest daughter. Thanks Zoe! Now it’s on the Internets!

T-Bomb. Pensacola Beach. Funny, the only other shot of her I have on a beach is in Hawaii getting plummeted by waves and receiving what looks like a full on ocean water enema.  I’ll have to dig that shot up!

Lucera Rei – My youngest enjoying the sand and sun…and sportin’ some shades.

These were shot with…Kodak Portera, I think..  I don’t recall to be honest.  Scanned on a cheap Epson scanner, so the quality is slightly off compared to the actual prints. Fairly sporadic and boring, but I thought it would be neat to share the first shots.  I expect some fun shoots in the future, hope you’re ready.

Eryn - Awesome!!! I got my first shot with my grandfathers Polaroid Land camera yesterday. I am officially obsessed!!! There’s just something about having an instant piece of art in your hand.